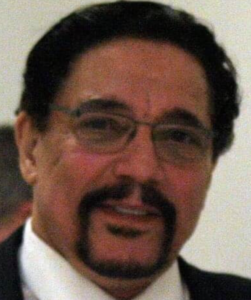 Following a half-century of fighting for working people around the world, AFL-CIO Legislative Representative Byron Charlton succumbed to Covid following an extended illness on December 28, 2021.

“He was a warm thoughtful colleague, someone who would pop into your office just to see how you were doing,” recalled AFL-CIO President Richard Trumka. “He was a conscience of the federation on racial justice; outspoken, determined and fully devoted to bettering the lives of all working people.”

From there, Charlton worked various assignments with the AFL-CIO, including as the assistant to the executive director of the African American Labor Center. His efforts took him to numerous locations around the world.

In the 1990s, he returned to the AFL-CIO headquarters in Washington to work on legislative and policy issues. He chaired the United Department of Defense Workers Coalition, formed by more than 20 AFL-CIO affiliates when the George W. Bush administration tried to attack collective bargaining rights after the September 11, 2001 terrorist attacks. The coalition pushed back the administration’s attempt to say the rollbacks were for “national security” by pointing out union members were the first to be killed and hundreds of others died during rescue efforts at the Twin Towers of New York City.

“I knew Byron for more than 20 years,” noted MTD Executive Secretary-Treasurer Daniel Duncan. “He was one of the good guys, always smiling, always friendly – unless you were attacking workers. That’s where he drew the line.”